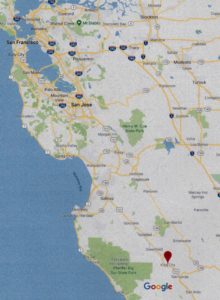 King City is a city in Monterey County, California, United States. King City is located on the Salinas River 51 miles southeast of Salinas, at an elevation of 335 feet. It lies along U.S. Route 101 in the Salinas Valley of the Central Coast. King City is a member of the Association of Monterey Bay Area Governments. The population was 12,874 at the 2010 census. It is a small town which has experienced slow economic growth over the past 50 years.

The first European land exploration of Alta California, Don Gaspar de Portolá’s Spanish expedition, camped on the Salinas River just south of today’s King City on September 26, 1769, having followed the route of today’s Jolon Road from the south. The land they camped on would later become part of King City.

King City was originally known as Kings City for its founder, Charles King. In 1884 Charles King acquired 13,000 acres of the Mexican land grant Rancho San Lorenzo, originally given to Mariano and Feliciano Soberanes in the early 1840s during Mexican rule of California. King began growing 6,000 acres of wheat. In an effort to get his crop to market, King allowed Southern Pacific Railroad to lay tracks across King Ranch land. The terminus was a station known as King’s.

In 1886 for the Southern Pacific Railroad completed service to King’s City to service the farms and ranches in the south Salinas Valley and to transport the goods to San Francisco and Los Angeles.

It was originally called “Hog Town” due to the passel of semi-wild hogs roaming the stubble fields. King wanted to name the town Vanderhurst, after local merchant William Vanderhurst, but was outvoted and it was named for him … Kings’, the City of King, later simply King City.

J. Ernst Steinbeck, father of the novelist John Steinbeck, claimed to have been the first permanent resident of King City. Steinbeck was certainly among the first settlers. He was the first agent for the Southern Pacific Milling Company, which built an early warehouse and flour mill alongside the railroad tracks running through town. The mill was built by R. M. Shackelford, an early California settler and businessman who owned sheep pasturage next to that of Charles King.

Agriculture has always played in role in King City history. Between 1910 and 1930, the city became famous for growing pink beans. King City Pinks were sold around the country, helped along by additional demand during World War I.

The Robert Stanton Auditorium, built in 1939 as a WPA Depression project, is a spectacular example of Art Moderne style, with elliptical rounded corners, Doric-style columns, an expansive curved stairway leading to recessed oak and glass double doors, as well as a bas-relief triptych, by artist Jo Mora, above that doors that depicts notable multi-cultural scenes of historic importance. Mora’s distinctive art is incorporated into the building’s design both inside and out. In 1991, it was listed on the National Register of Historic Places. 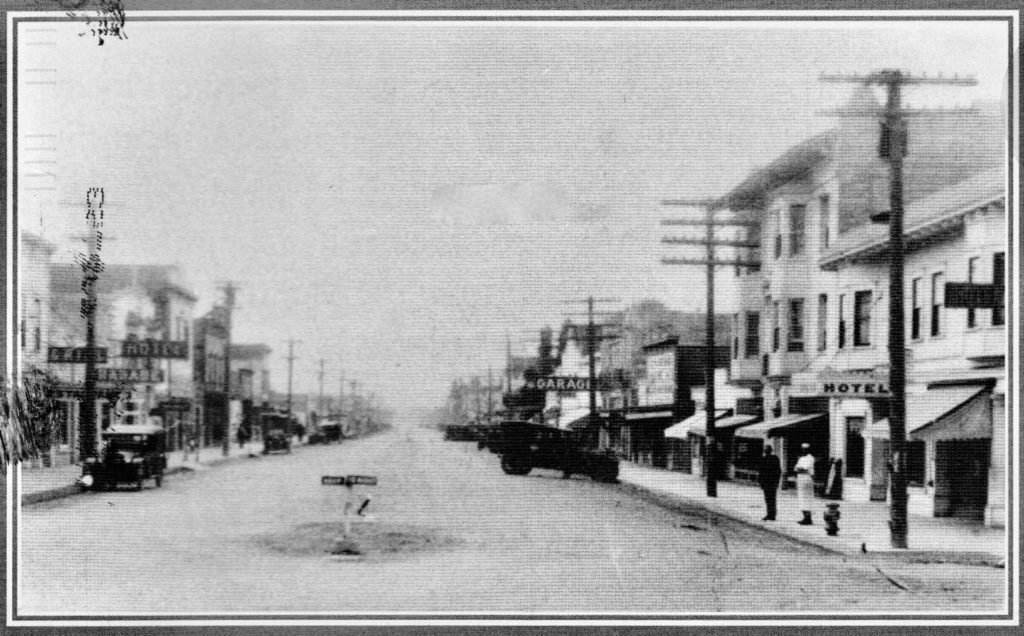 There is a rich history in the town of King City. Many of the old buildings are gone now and you can only imagine them as they were many years ago. We suggest you enter on the West end of broadway (just off highway 101) and travel down the six blocks to the east end, park, and walk the streets. 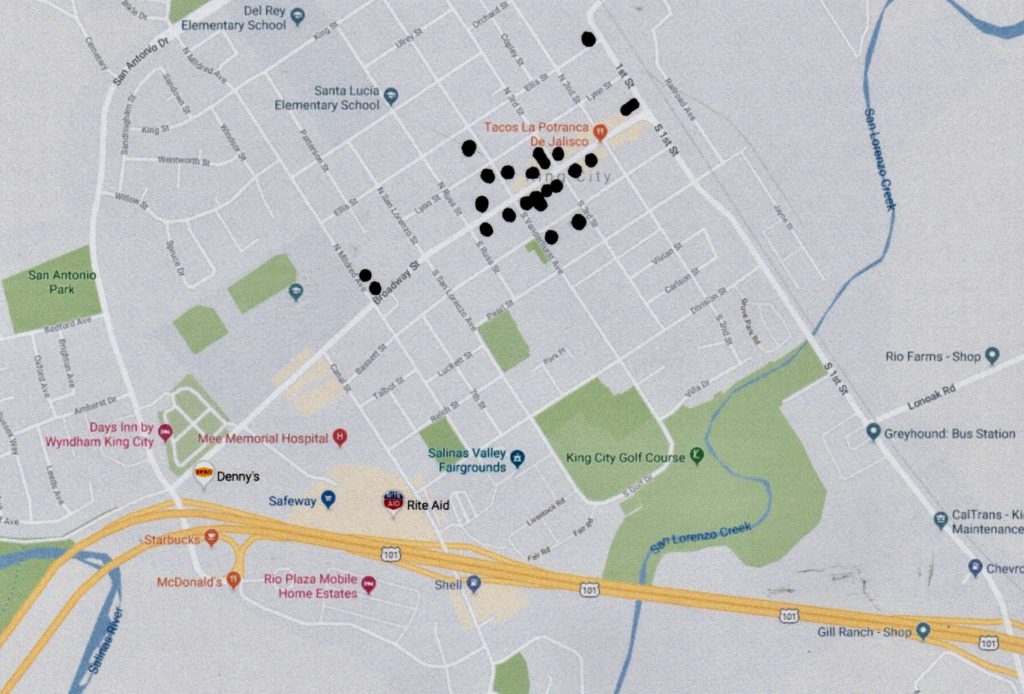 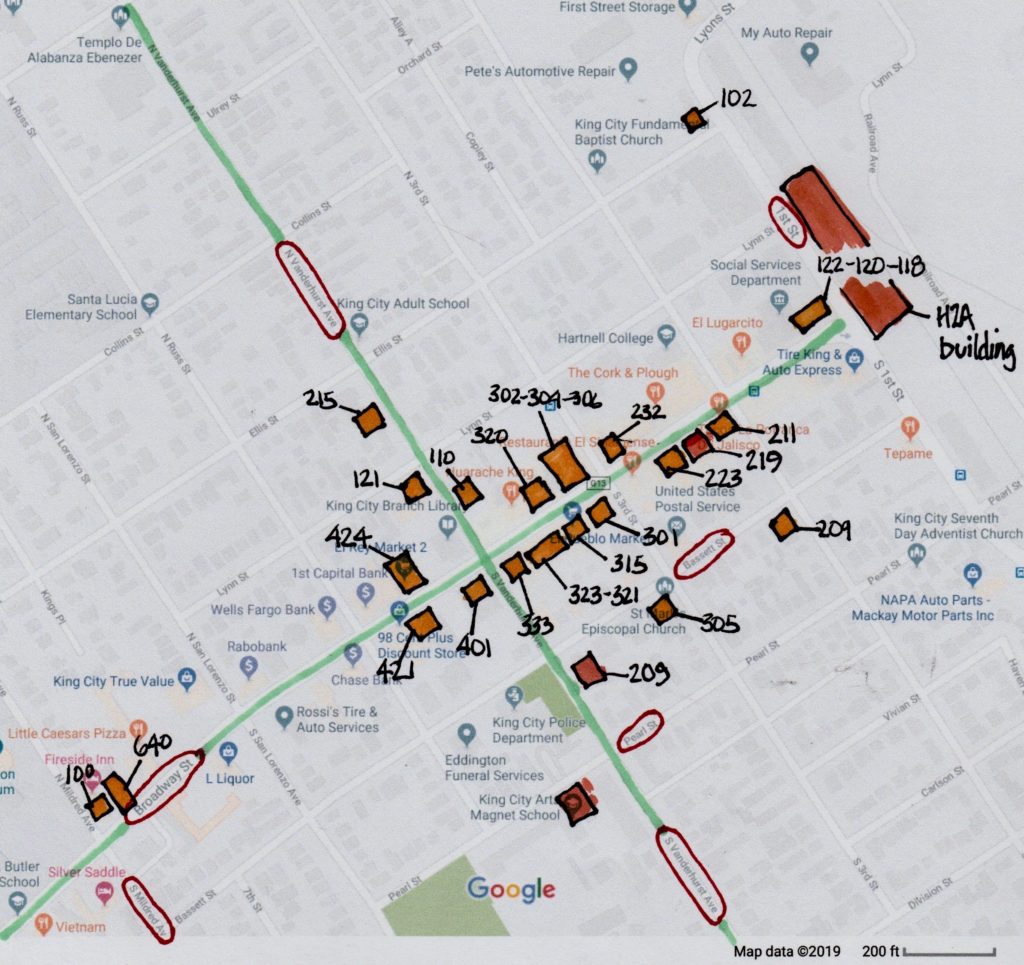 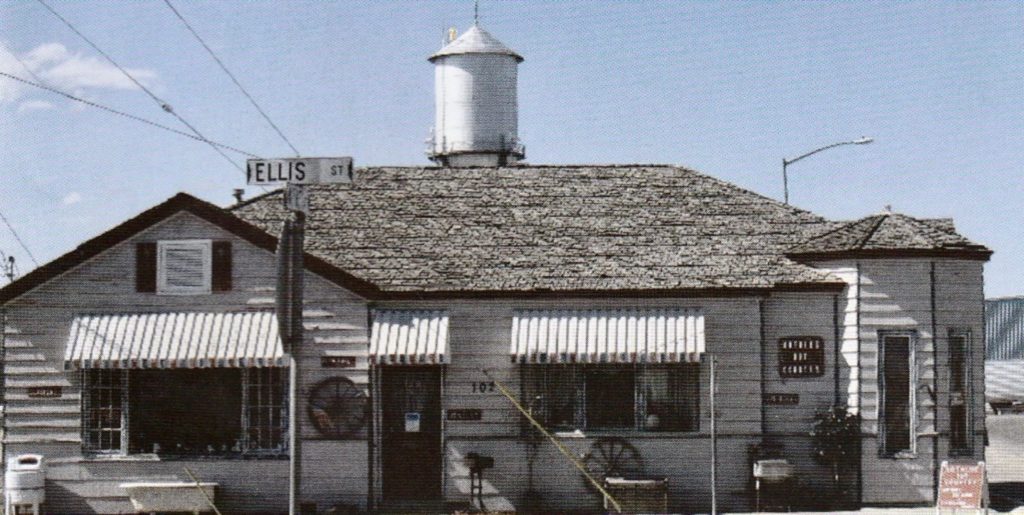 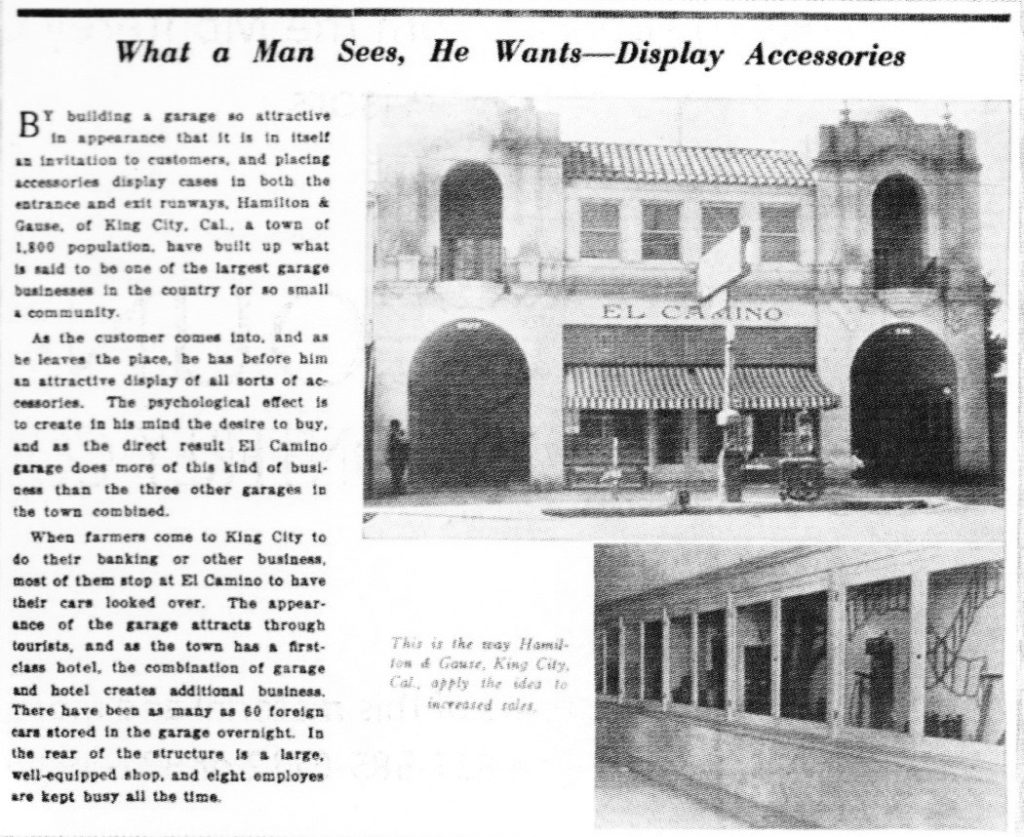 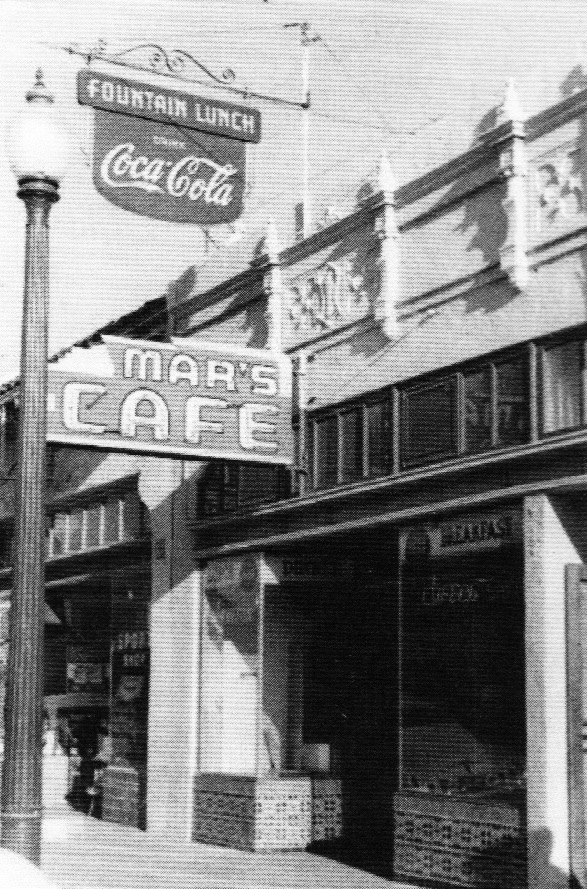 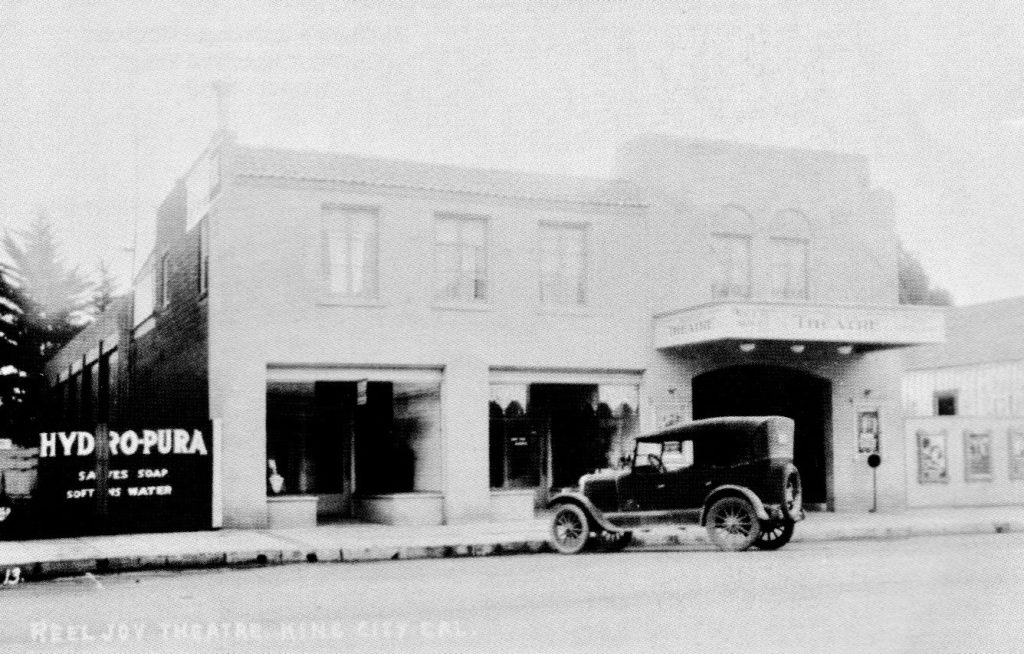 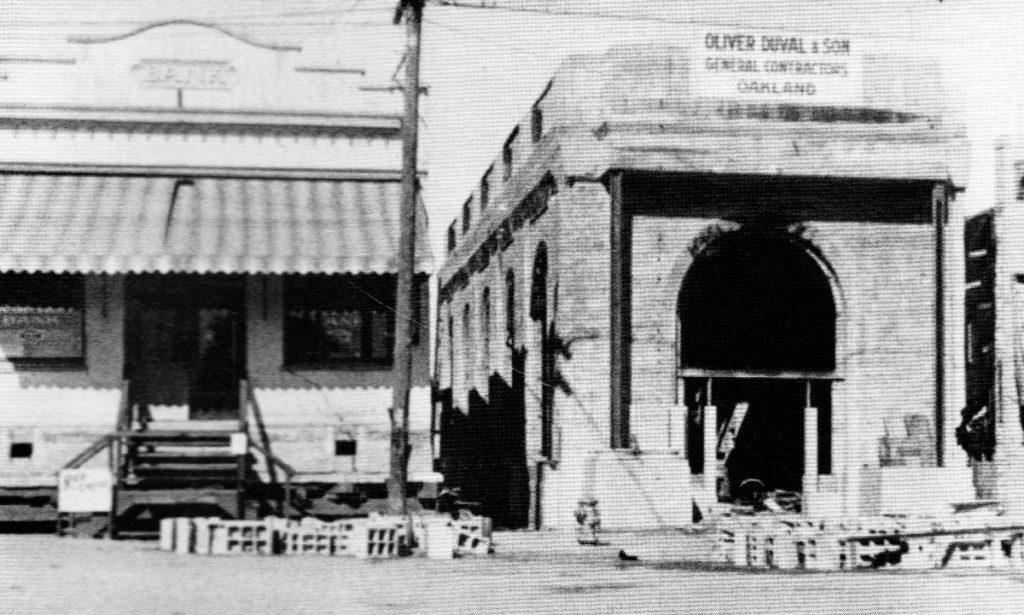 Current home of Pacific Valley Bank, LA Vaquera Western Wear, and Iglesia Jesucristo Rey D’Rey church. This is one of the first buildings constructed after the arrival of the train in 1886. There are historic photos of the town on the walls of the bank. 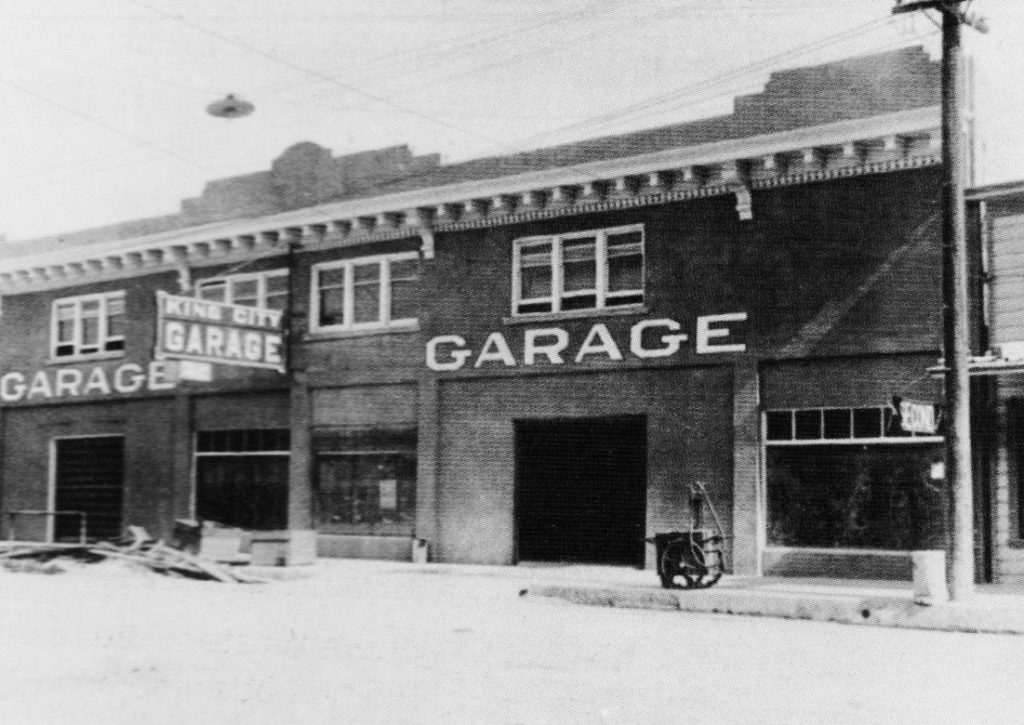 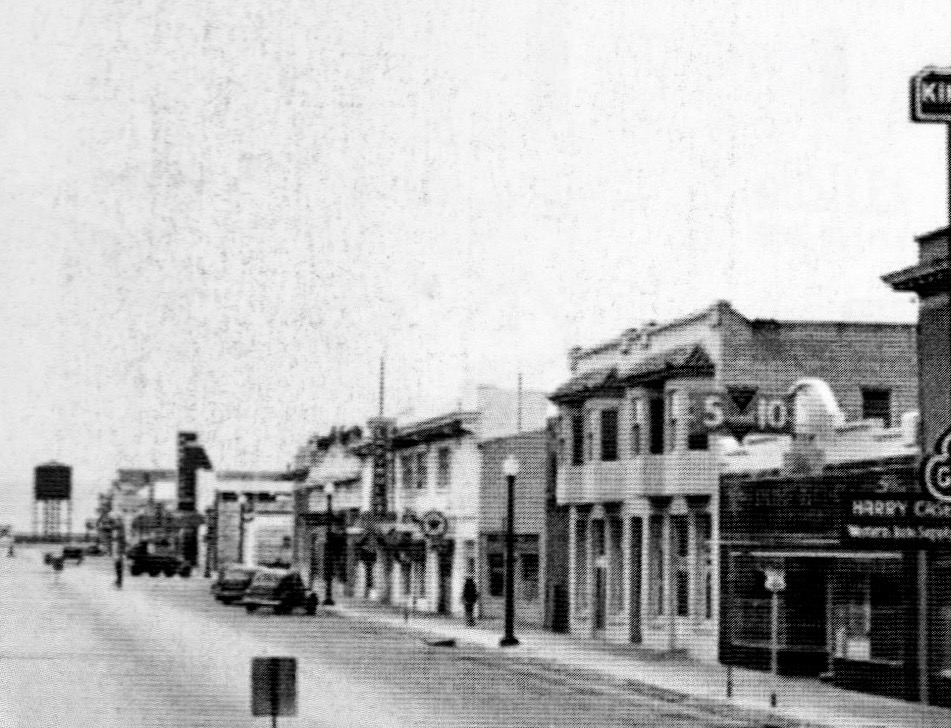 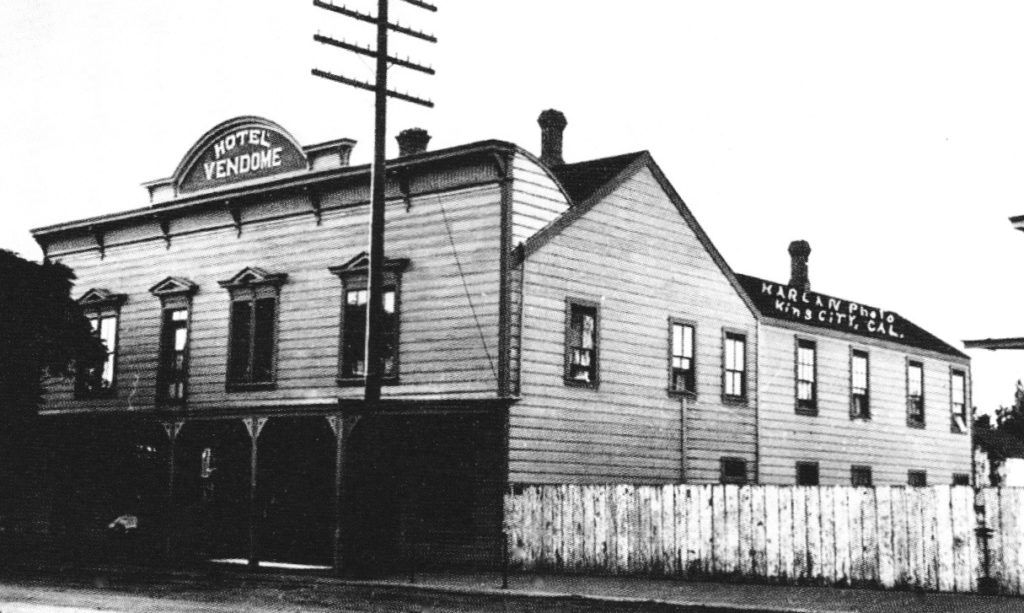 Currently under renovation as apartments and retail 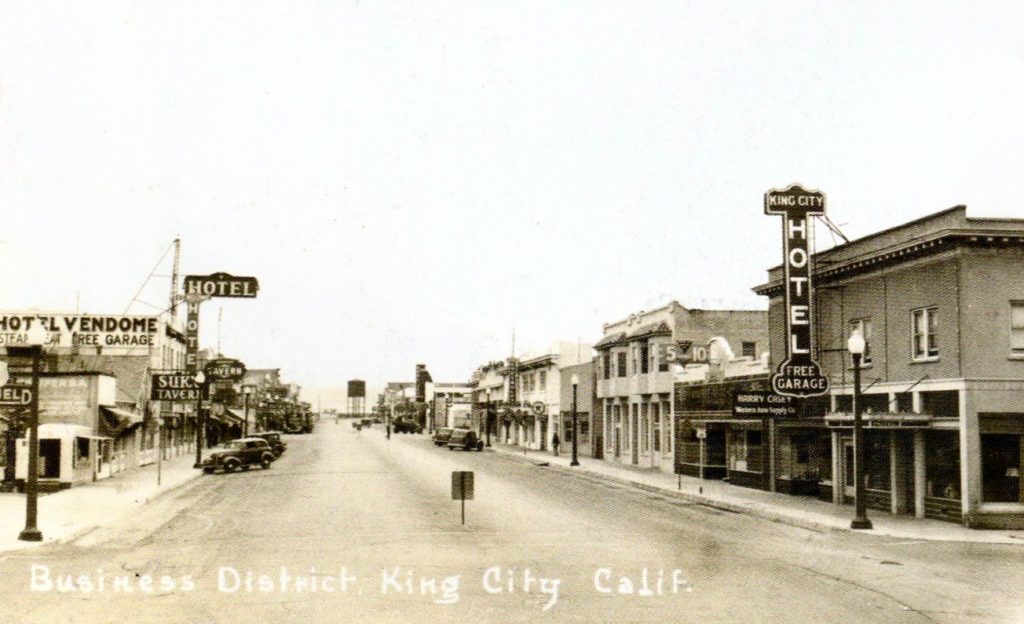 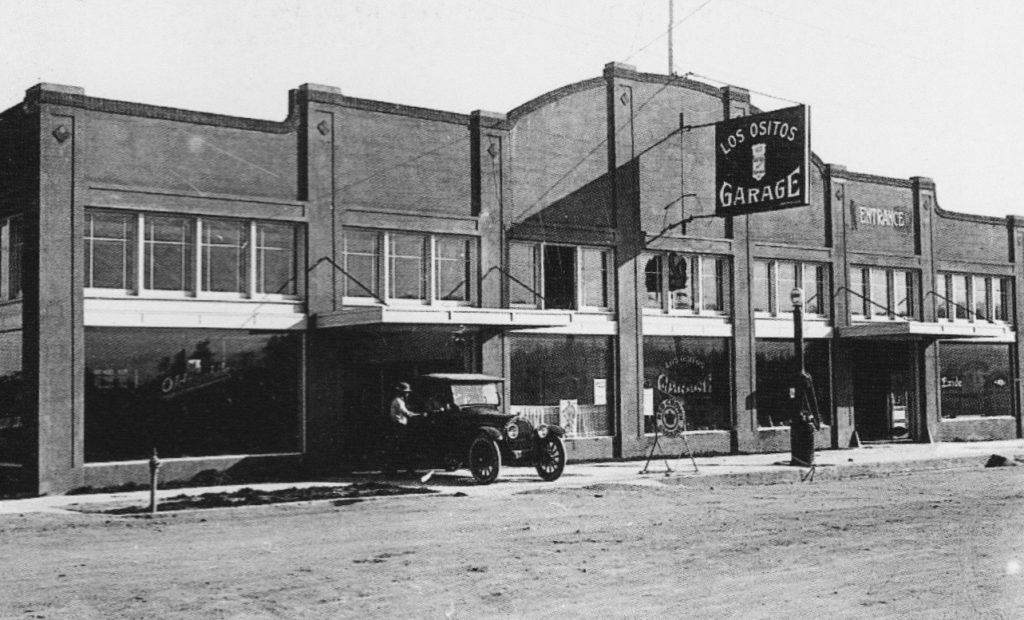 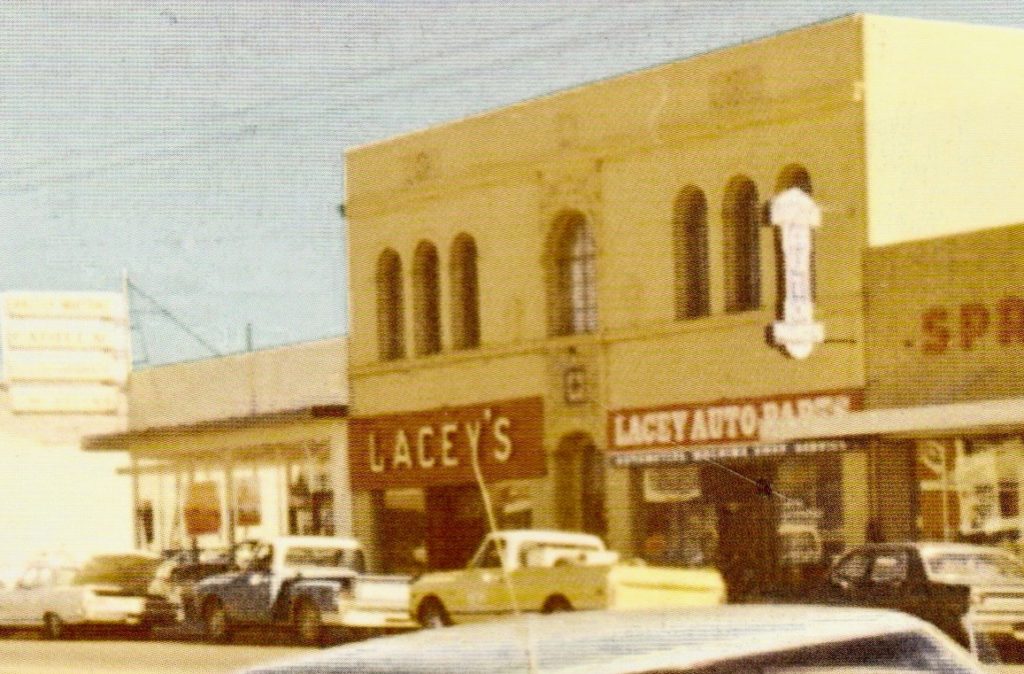 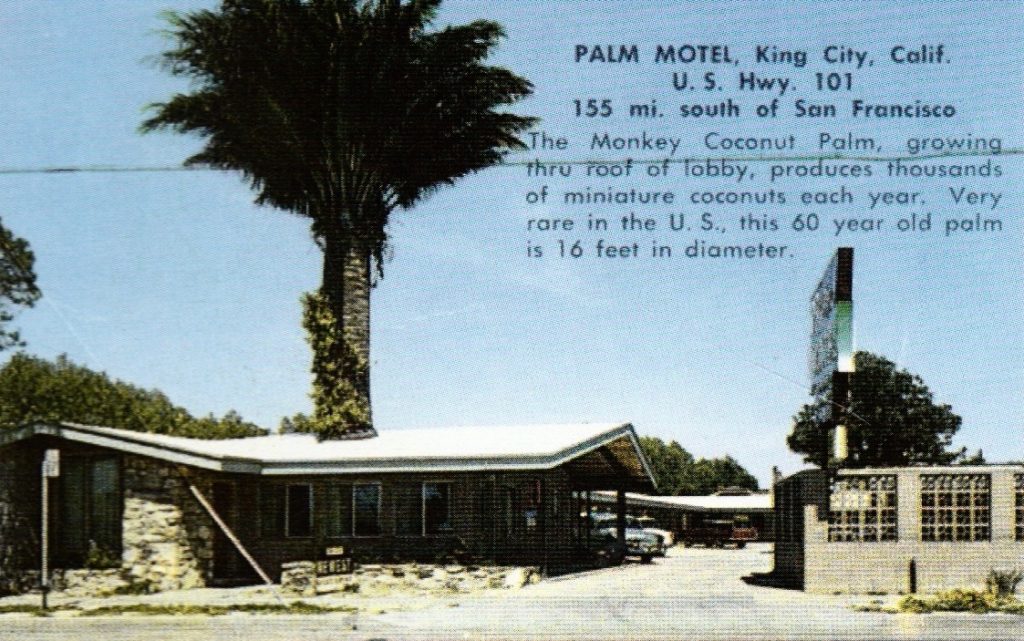 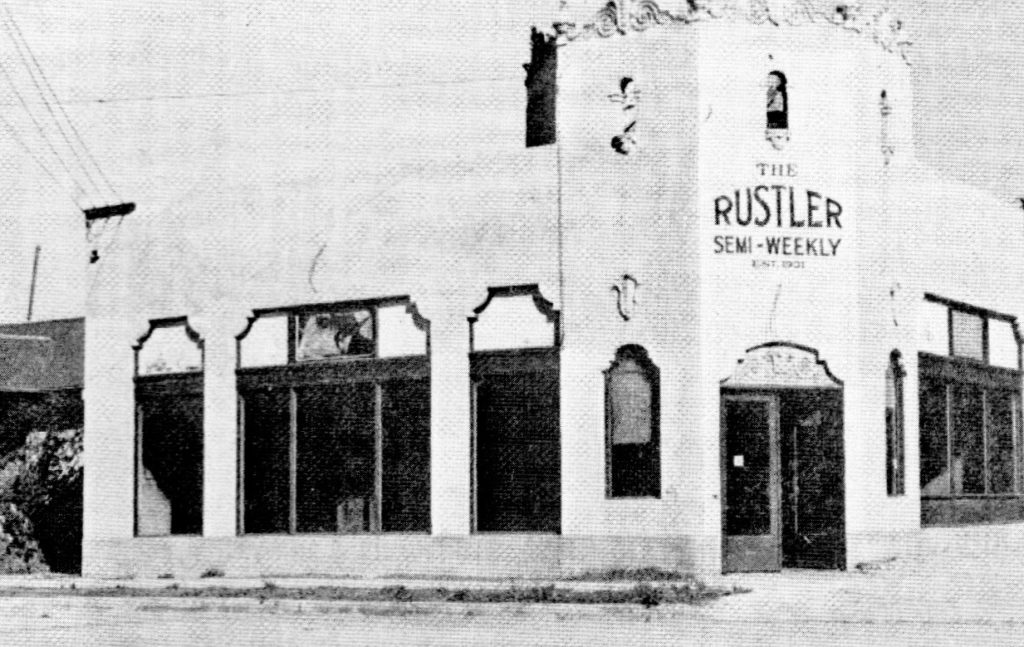 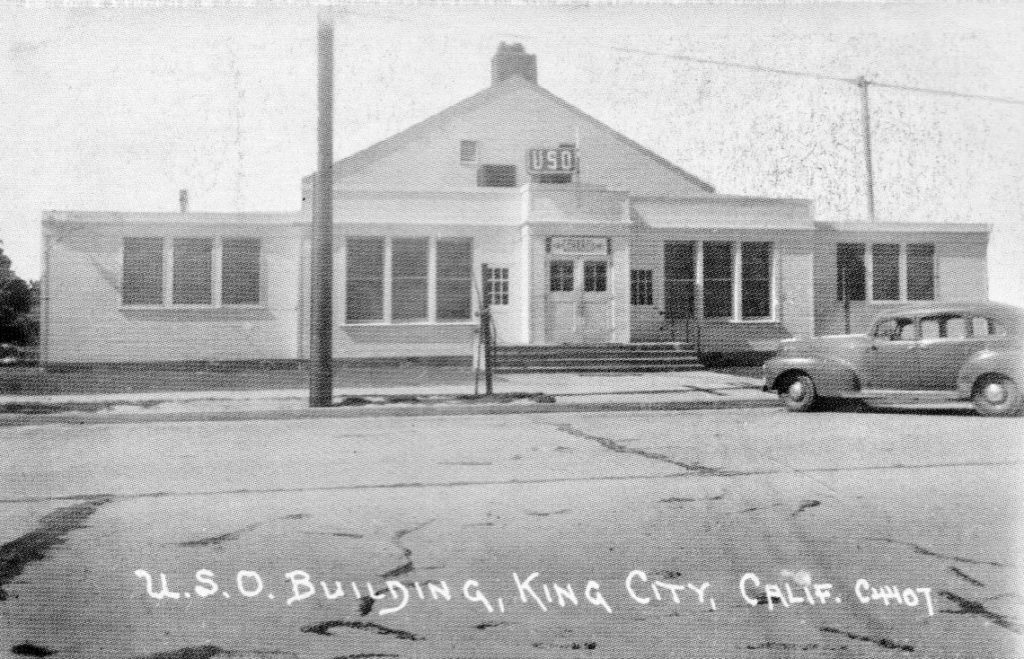 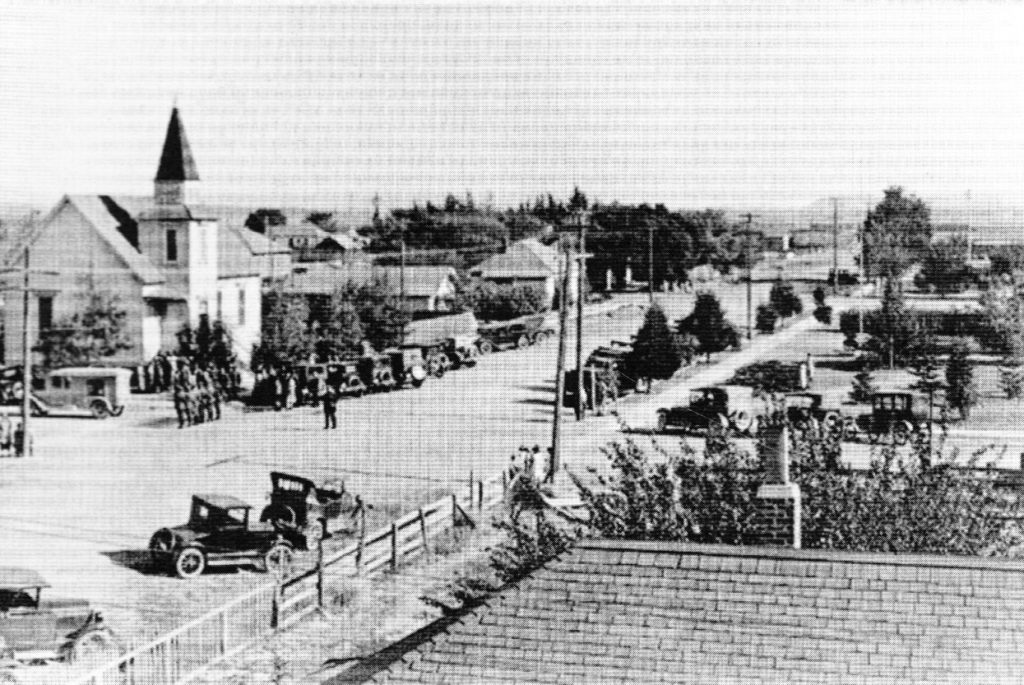 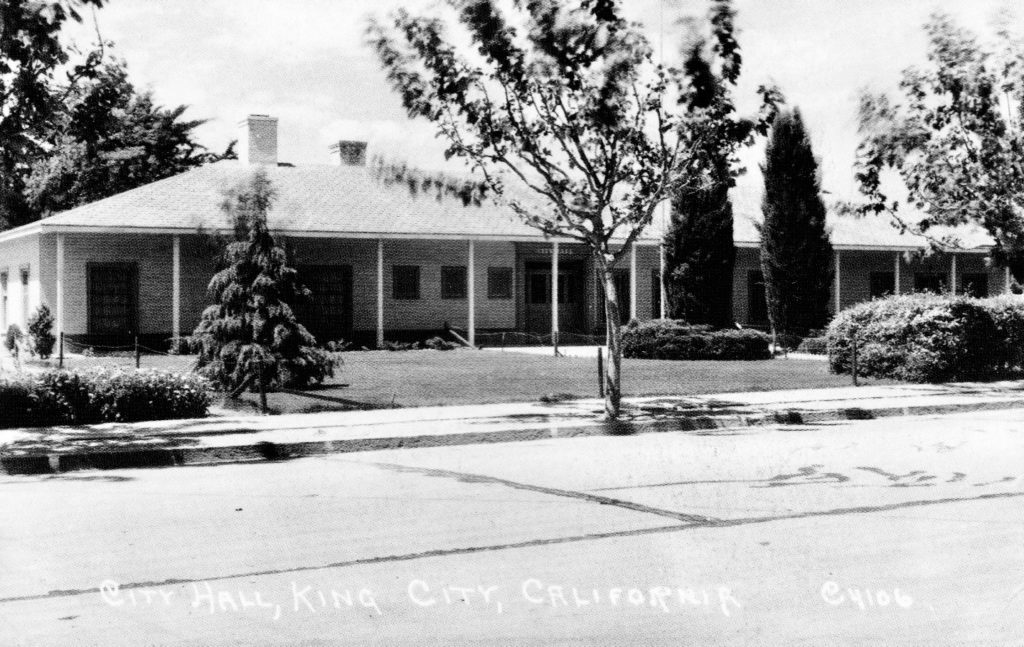 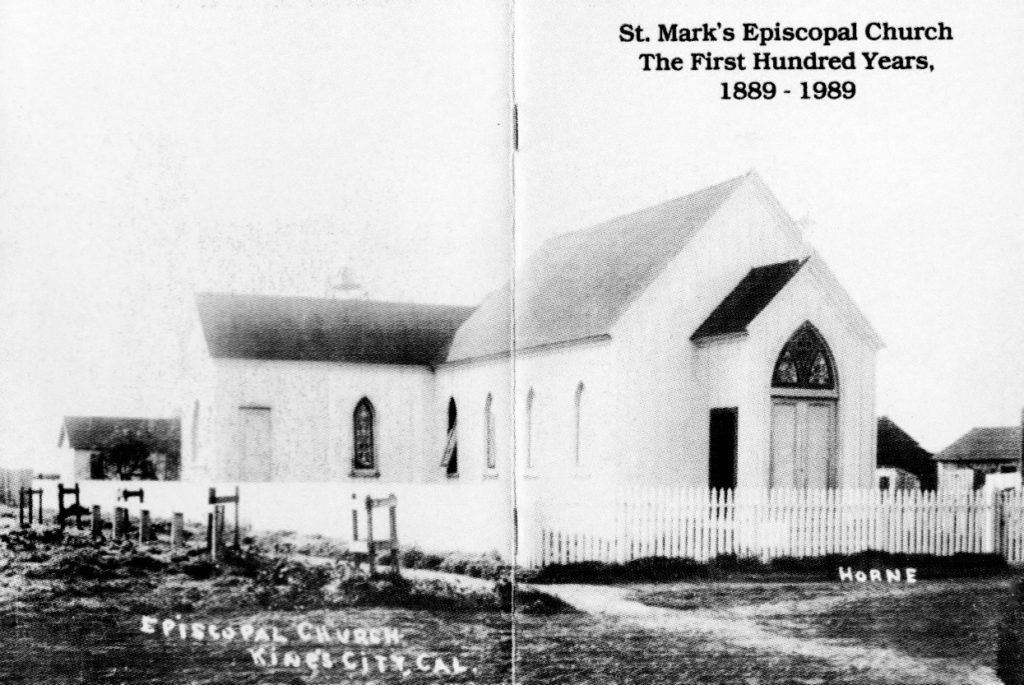 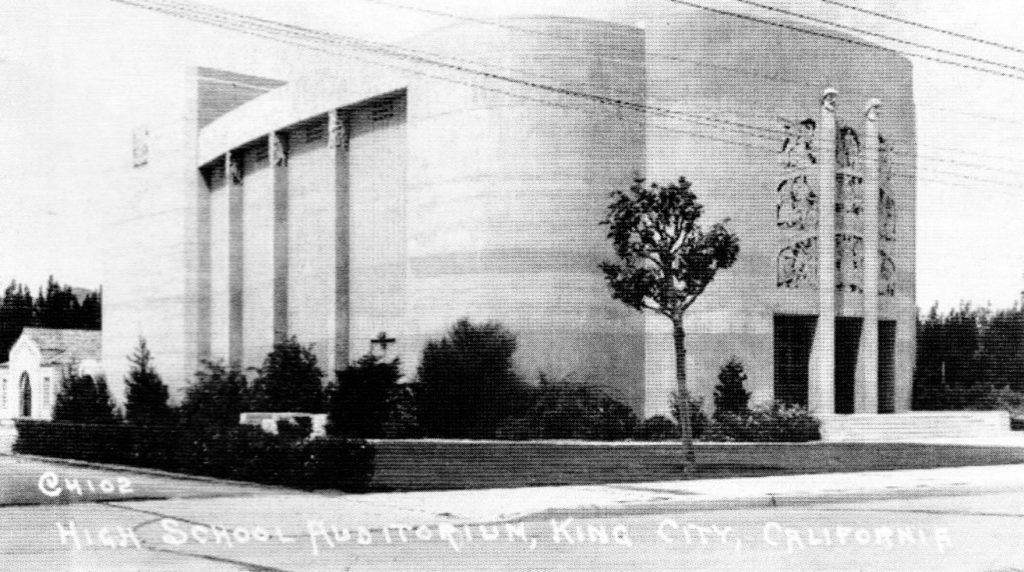 Built in 1937-39 during the Works Progress Administration. Jo Mora Artwork is on the facade.

This information is brought to you by King City In Bloom, a non-profit group working for the betterment of the community through landscaping and heritage preservation, and a grant from the Rita and Luis Echenique Charitable Foundation.

For personalized walking tours of the above information and more, contact