The Elk Grove Historical Society is an all volunteer non-profit organization. The board consists of six elected positions voted on by the membership (350+) in November of each year and three appointed positions by those six. All are society members who have stepped up to a bigger role. Here is a small synopsis of each board member’s history and interests.

“Since my wife Pat and I returned to the Sacramento area after retiring, we have lived in Elk Grove.  Although I was born in northern California, I have lived in several parts of the State (both northern and southern) because of my career.  I retired from CAL FIRE after almost 39 years finally assigned as a Deputy Chief in the Riverside Unit/Riverside County Fire Department.  I have been involved in the Elk Grove Historical Society since returning to Elk Grove because of my interest in history, particularly Elk Grove’s links to the development of California.  In the past, I have served on several boards both as a member and an officer.  I am also a member of the Native Sons of the Golden West, the Sacramento Rose Society and the Gardeners of the Grove.  Remembering the mission of the Elk Grove Historical Society, I look forward to serving as President to help continue the important work of the Society in preserving our past as we look to the future and serving our community.”

“I am very actively involved in the Society and am dedicated to its goals and mission. I attend most EGHS Board meeting so I can be up on what’s going on. I became a member of EGHS in 2008 as a docent for the Rhoads School Living History Program, which I did until 2018. I am currently the sectary/treasurer of the Rhoads School Board and have been for 4 years. Now I also train new docents for the school program. I am also serving as the Volunteer Docent and Guided Tour Docent trainer for our First Saturday open museum days. Grant writing is also one of my positions and I have received a grant from the city for $2,000 so far with hopes for many more to come. I have also been the chairperson of the Spring Tea for a few years and am looking forward to once again offering the Tea next May for a Mother’s Day celebration. I am a retired elementary school teacher and administrator here in Elk Grove where my husband and I have lived for the last 20 years. We have 5 children and 11 grandchildren.”

“I have been an active member of the Elk Grove Historical Society for many years participating as a docent, decorating for both Halloween and Christmas, and supporting many of our fundraising events. My twenty-three years as a bi-lingual teacher afforded me not only the rewards of educating students, but allowed me the opportunity to team with other educators – both those I worked with as well as CSUS professors- to develop a Spanish-English immersion K-8 school in the Sacramento area.  I served on the Board of Language Academy representing staff for two 3-year terms.  During this tenure I held the offices of Treasurer and Secretary.  I also sat on the Finance Committee for the fifteen years I worked at the school.  I retired two years ago. I look forward to continuing my involvement with the Elk Grove Historical Society and participating in its governance.  Thank you for this opportunity.” 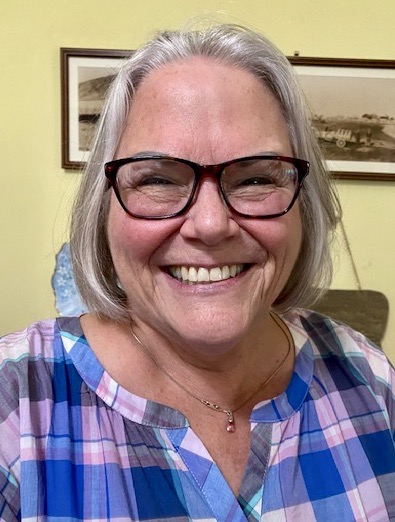 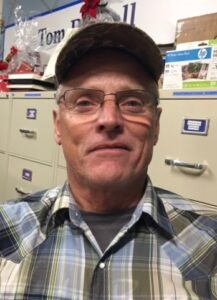 “I was born in Sacramento, California in January 1957. We lived on Pistachio Orchard Ranch on Bond Road. In 1962 the house burned, so we moved to our other 33-acre property on Grant Line Road and built a house. It was a small dairy. I helped with milking, but also worked for the Mitchell Turkey Farm and Hay Market. I graduated from Elk Grove High School in 1975. I went to Cosumnes River College for 2 years, then married Angela Lewis 1980. In 1983 we put a mobile home on the property. I became a union carpenter and worked at Rancho Seco for 5 years and SMUD’s hydro system at Fresh Pond. I worked construction for a few years. Went to work for Sacramento County in 1998, retiring in 2017. I have one brother Charlie, and one sister Cindy (she passed in 2013). I have one daughter Melissa born May 1984 and one son Justin born March 1987. My grandson is Mac. When my kids got into 4-H, I became a leader for Sheldon 4-H for about 14 years. I think it is important to gather history from the area. I enjoy using my ranching skills and helping on the grounds of the museum and at their various activities.”

“My father was in the Air Force, so we moved regularly when I was growing up. My family moved to San Bernardino where my dad was stationed having just finished a tour in Germany when I was born so I am a native Californian! My husband Bryce and I met at the University of Utah and have been married for 42 years. I graduated in accounting and passed the CPA exam and moved immediately to Michigan for his internship and residency training in Emergency Medicine. His employment at Kaiser brought us to this area. We raised 6 children in the Elk Grove area and have been very happy. I have been PTA President twice at 2 different elementary schools. As a result, I was invited to be on the EGUSD School Naming Committee. It was an amazing opportunity to learn Elk Grove history from some of the founding families–Morse, Waegell, Fite, Signorotti, and others, and especially from Elizabeth Pinkerton who headed the committee. Soon after my committee experience, I became involved in the Sloughhouse Pioneer Cemetery which is owned by the Daughters of Utah Pioneers. A friend of mine from DUP was a docent at Rhoads School and suggested I get involved with that program as I was telling the story of the school in the cemetery tours. I have been a docent at the school since 2008 and became director in 2016 when Sharon Baker retired. I became a member of the EG Historical Society and have loved making so many new friends as I’ve served on the board. I also currently serve as the northern California regional representative for DUP, have joined the Daughters of the American Revolution and serve on the California Pioneer Heritage Foundation board. Besides telling stories, I love to sew and make quilts for my grandchildren. I love to travel and visit my children and 13 grandchildren in Boston, South Carolina, Tennessee, Florida and Utah. I collect antique clothing, especially hats, and furniture and love to sing! I have always loved family history and, since my involvement with the cemetery, became involved in the family history of those buried there. I have enjoyed getting to know those families and sharing their amazing pioneering stories as they settled this area.” 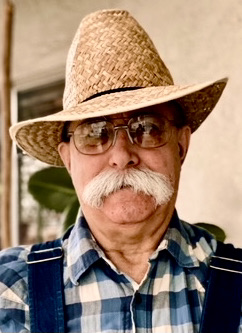 Louis was born in Woodland, California in 1949. His dad brought his dairy to Elk Grove in 1951 for three years, then they moved to Galt for two more. His Dad gave up the dairy business and returned to Elk Grove where he bought a 40-acre ranch. Louis grew up where the family mostly raised hay. They brought 6-8 cows and had a couple of horses, dogs and later chickens. His Dad drove heavy construction equipment, built many freeways through Sacramento and worked on several Dam projects. After high school, Louis joined the Navy for 4 years. He became a Hospital Corpsmen (medic), specialized in the operation room and later research. Louis developed a micro-surgical procedure and did stress studies for which he received a grant and was included in One of The Most Outstanding Americans in 1972 for his research. Louis continued his education in Medical School and graduating from a nursing program. Louis went on to develop the Laser Center and Mobile Laser Service at Mercy General Hospital for 15 years. He was then hired as the Resource Nurse and Team Leader for Orthopedics at the UC Davis Medical Center and Medical School in Sacramento, retiring in 2013 after 40 years in nursing. He searched to find someplace to volunteer. –Help is what nurses do! His plan was to just erect tents, collect money for events, clean up, fold chairs, etc.—no more management! Louis loves Elk Grove and the EGHS (historical society). It seemed the perfect fit to help others. Louis became the Stage Stop Gazette Newsletter Editor (layout & design), the Webmaster, the Archivist, the Assistant Director and Scheduler of Rhoads School. He scheduled 80 living history classes yearly, taught by several schoolmarms, and assisted with any needed society activities. Louis feels history teaches lessons, helping to root a community, while gathering and protecting its preservation. The philosophy of “all-vital to Elk Grove” is much to be proud while feeling a small part of it all!

These are the voting members of the Elk Grove Historical Society Board of Directors, but like any organization, they are only as good as the people who surround then. Fortunately for us, there are many chairpersons of committee’s and fundraiser’s and many, many volunteers that allow us to exist and continue our mission of preserving and promoting history in our community.

We always need volunteers, sometimes,  just for the simplest of tasks or more as your interests increase. We employ you to give us a call and share in the fun of participation and realize how much you can affect your community.