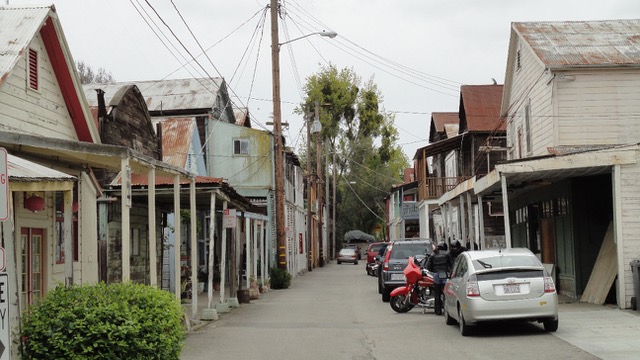 The Town of Locke

The largest, most complete, example of a rural agricultural Chinese-American community in the United States. It is part of the Sacramento Delta Region south of Sacramento, located just off the levee of the Sacramento River, north of Walnut Grove.

Prior to 1915 the area consisted of four buildings and was part of the Locke Ranch known as “Lockeport.” The name was later shortened to “Locke.” When a 1915 fire consumed the Chinatown District of nearby Walnut Grove, the displaced residents asked the owner of the Locke Ranch for permission to rebuild their own separate town in Lockport. Here, on rented land, the Chinese community proceeded to establish a post office, a school, a theater, restaurants, saloons, food markets, dry goods stores, a church, gambling halls, brothels, and numerous other businesses. Locke flourished and at one time supported a permanent population of 600 residents plus a thousand seasonal laborers.

A thriving Chinese town inn its heyday, Locke residents exhibited a resilient spirit to survive and and persevered throughout the twentieth century. Together they withstood the constant threat of fire, floods, the pain of poverty; bitterness of discrimination; the despair of neglect; and the emptiness of social abandonment.

In May 6, 1971 Locke was listed on the National Registry of Historic Places and in December 4, 1990 Locke was named a National Historic Landmark. In 2005 the County of Sacramento sib-divided Locke and for the first time building owners could purchase the land beneath their buildings; a right previously denied the Chinese by the Alien Law of 1913.

On the 100th Anniversary of its founding, Locke stands as a testament to its first residents and continues to embody the extraordinary efforts by generations of Chinese in developing agriculture in California.

As stated on the plaque at the south end of town, dedicated on April 24, 2016 by the Native Sons of the Golden West #41.

Legislation such as the Swampland Reclamation Act of 1861 was enacted in California to put perceived empty and wasted lands to use and stabilization. Much of this involved draining the Delta wetlands and building levees to regulate flood control in places like Locke. Mainly poor Chinese immigrants were hired to do this backbreaking reclamation work. Though contracted labor was often paid the equivalent of less than one dollar a day per worker, they built hundreds of miles of levees in waist deep water where malaria still rampaged, reclaiming a total 88,000 acres.

The original beginning of Locke, then called Lockeport, was in 1912, when three Chinese merchants, two from the nearby town of Vorden and one from Walnut Grove, contracted tradesmen to construct three buildings. Chan Tin Sin built the first building. It was a combination dry goods store and beer saloon. Yuen Lai Sing built a gambling hall. Owyang Wing Cheong built the Lockeport Hotel & Restaurant.

Following that early construction the Canton Hotel was built, along with several other buildings, one of which later became a bordello. A total of seven structures eventually formed the hamlet of Lockeport. Though some merchants hoped to provide a destination for riverboat and train passengers, the idea never worked due to the discrimination against Chinese during those times. One of the homes built in the first phase of construction provided shelter for Chan Tin Sin’s cousin Chan Chor Get and his family from the discriminatory acts and violence in San Francisco Chinatown.

On October 7, 1915, the Chinatown of nearby Walnut Grove was destroyed and burned after an accidental fire, thus causing a migration of Zhongshan Chinese into neighboring areas. Afterwards, the Main Street section of the town of Locke was settled and established by a group, headed by Lee Bing, of Chinese/American Businessmen Yuehai-speaking Chinese (a dialect of Yue Chinese) from the Zhongshan region of Guangdong province in China. Differing in some respects from the predominant Toisanese Chinese-speakers in practice, they created a town of their own. The land was leased from George Locke as California law at the time forbade the selling of farmland to Asian immigrants by the California Alien Land Law of 1913. Many Chinese immigrants were facing serious discrimination in the major cities. Because of its relatively large population of Chinese people at the time, the Chinese Kuomintang political party once had a local chapter in Locke. As the town grew, so did its reputation as a destination for illicit entertainment, gaining the nickname “California’s Monte Carlo”. At one point, it had five gambling halls, five brothels, speakeasies and opium dens.

The population of Locke swelled with the growing season and harvest. Most of the reclaimed land in the Sacramento-San Joaquin Delta including Locke was used for cash crops, including asparagus, potato, sweet potatoes, white beans, pears, and apples. There would be as many as 1000 to 1500 Chinese people living in Locke. Farmhands shared rooms in the boarding houses. Chinese residents living in the homes behind Main Street also took in Chinese farm laborers. Chinese immigrants in Locke started patterns in California agriculture that are continued today in the Sacramento-San Joaquin region, including contracted labor, tenant farming, sharecropping, and the piece wage system. A community garden existed in the back and there was a special oven to make roast pigs on Sundays. Chinese communities congregated in solidarity under difficult labor and social conditions fostered by legislation such as the Chinese Exclusion Act, creating community gardens that maintained cultural relevancy in the form of growing Chinese cabbage, snow peas, leafy vegetables, winter melon, and tomatoes. Baptist missionary Dr. Charles Shepherd would bring in his Chungmei home boys for the pear harvest at the end of July. Life in Locke had a great deal of accord. The Chinese mothers took care of each other’s children when another mother had to go to work at the cannery across the River Road next to the riverboat docks of the Sacramento River.

Ironically, however, the current population of Locke is predominantly white, and the population of Chinese Americans (i.e., descendants of the town’s original settlers) is 10. During the 1940s and 1950s, many of Locke’s Chinese Americans, many of whom received better education, began joining the American mainstream by moving out of rural Locke and into the burgeoning suburbs of the major cities.

The Locke Historic District bounded on the west by the Sacramento River, on the north by Locke Rd., on the east by Alley St., and on the south by Levee St. The district was added to the National Register of Historic Places on May 6, 1971.

A Hong Kong-based developer purchased the town in 1977 from the Locke Heirs and sold it in 2002 to the Sacramento Housing and Redevelopment Agency. In 2004, the agency finally allowed the sale of land to those who had been living on it for many years. There were plans to convert Locke into a housing development and tourist attraction. At the north end of Main Street, the restored Locke Boarding House museum (now owned by California State Parks) operates daily, staffed by volunteers. The Town of Locke celebrated its centennial anniversary in 2015, with a large gathering on May 9. 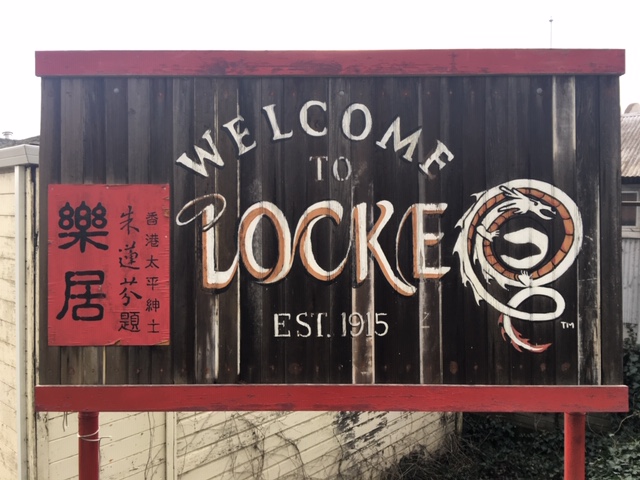 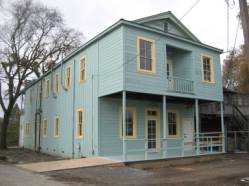 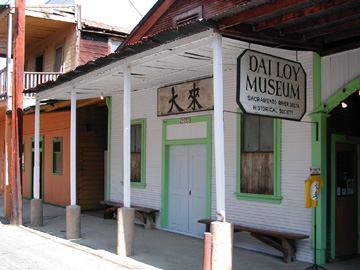 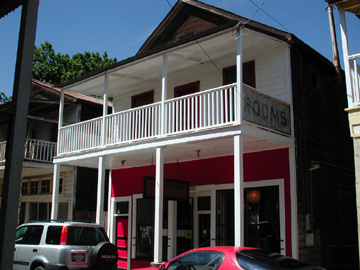 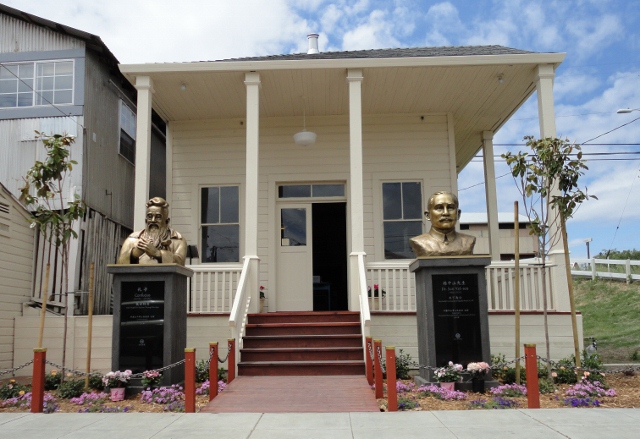 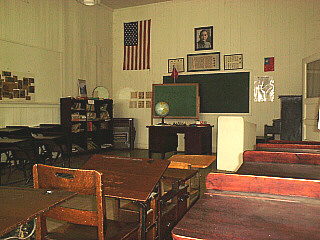 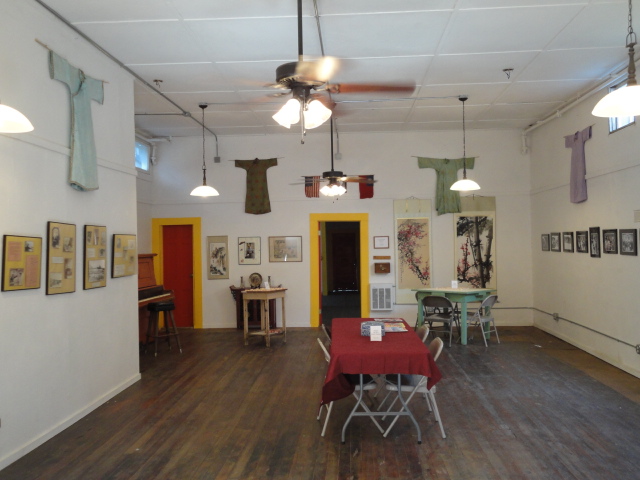 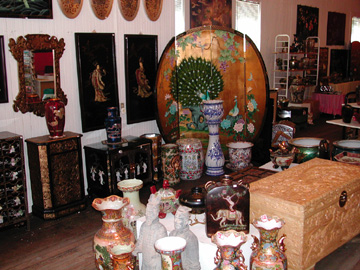 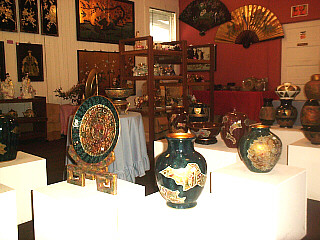 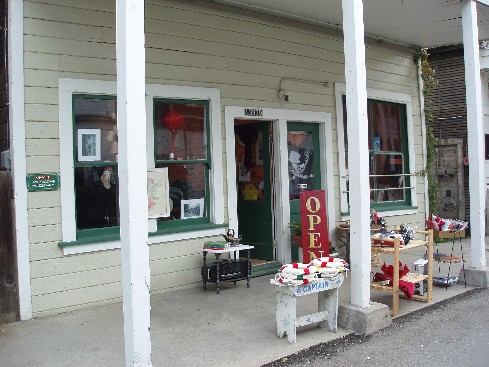 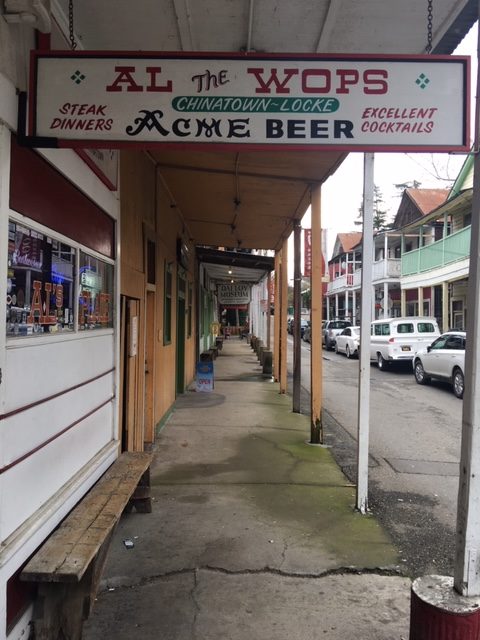 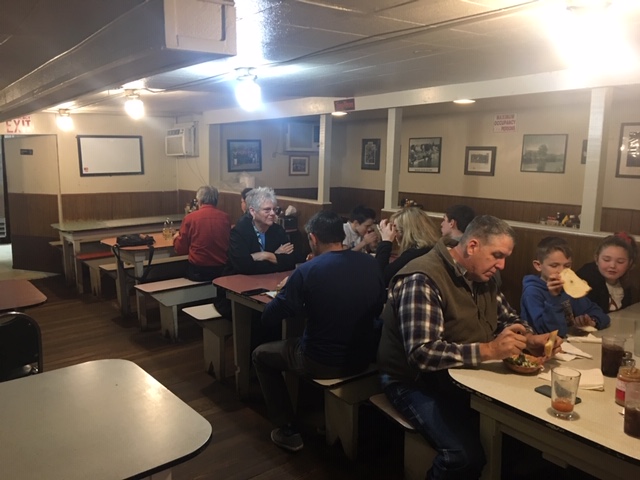 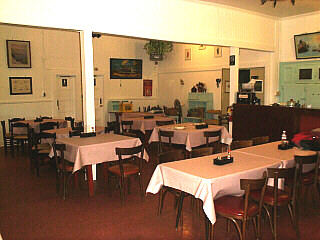