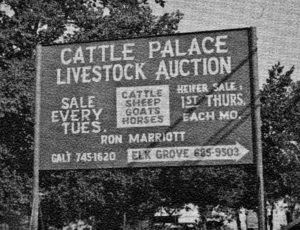 The following was written by Lance Armstrong for the Elk Grove Citizen in February 2005:

Historically, the building was constructed in 1948 and served as a cattle, horse and pig auction venue, owned by Ord Leachman, and later a movie theater (See: “HISTORY – Early Movie Theatre” under HISTORY TOPICS), which was owned by Elk Grove resident Carl Amundson.  The property also included the Wagon Wheel Restaurant and several animal corrals. It was located at the end of Webb Street on the east side of Old Town Elk Grove. 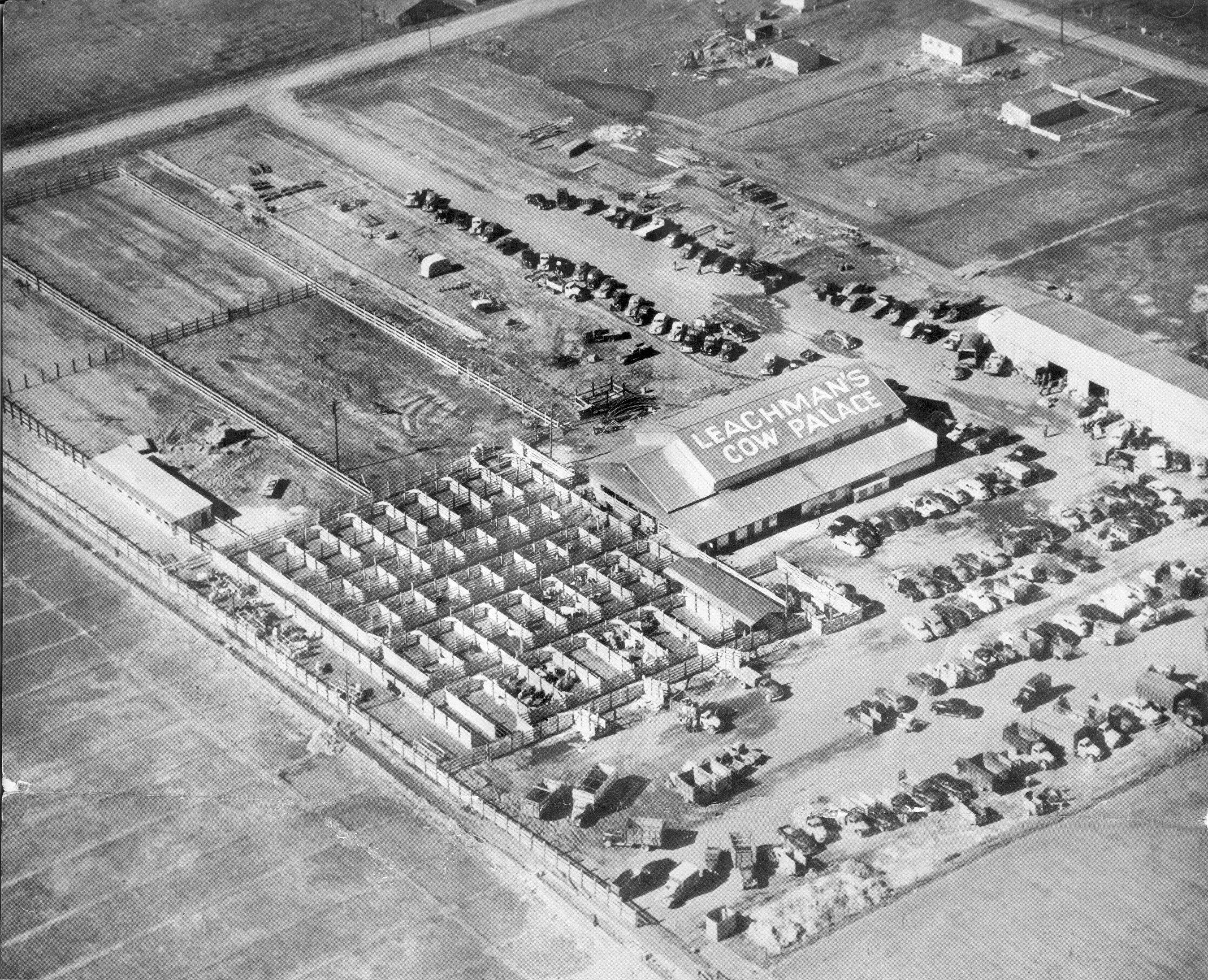 It had four offices, a restaurant, a ‘50’s style bar, a movie theater, which had its seats removed and now just an open floor when it burned down on February 5, 2005.

The Cattle Palace was located at 9720 Webb Street.  This was at the end of Webb Street.  The fire call was reported at 8:20 p.m.  The fire began in the southern portion of the 150-foot long by 60-foot wide by 20-foot tall structure on the first and second floors and rapidly extended throughout the first floor.  The building was in poor condition due to its age and missing lumber from the building. 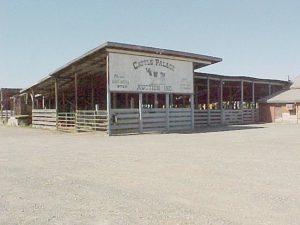 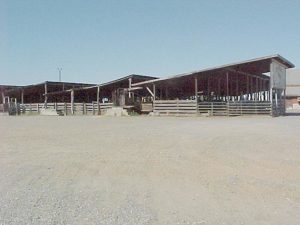 The building (which was no longer occupied) had been subject to a lot of vandalism and people had been removing building materials.  They had literally cut out the clear cut redwood with chain saws which made the building structurally unsafe and dangerous to the firefighters who were fighting the fire. 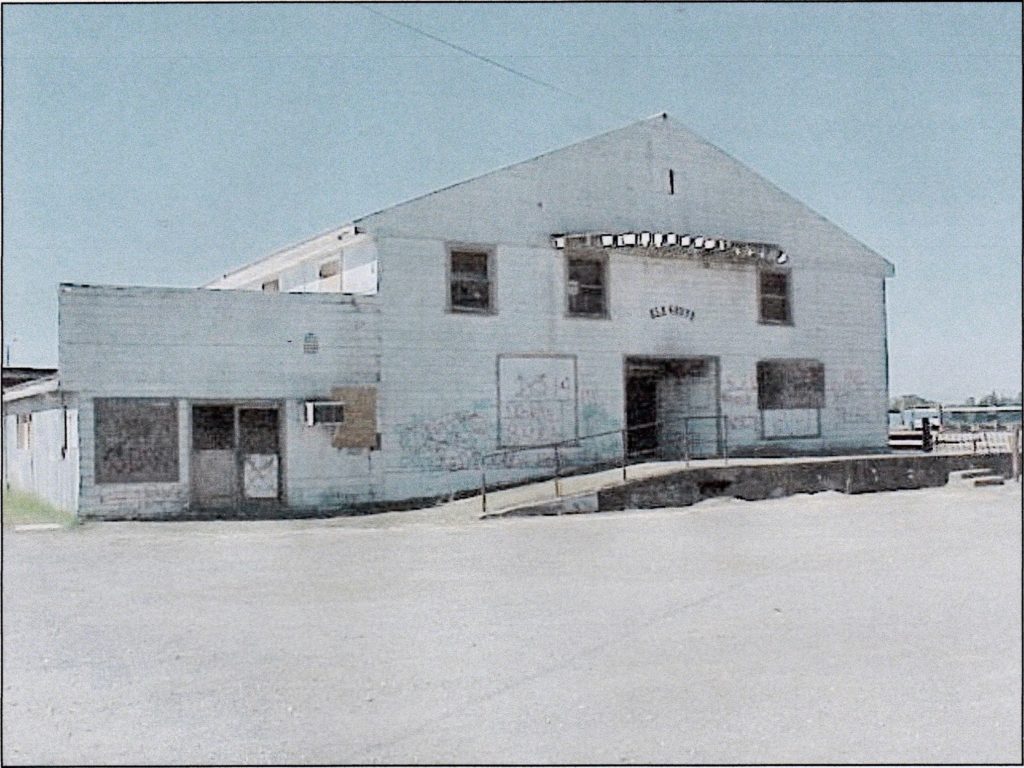 The property slated for development, the building had already been scheduled for demolition.

Note:  The buildings were physically demolished in 2008 for a new complex – Elk Grove Industrial Park.  Because of the economy, the full complex was not built out and as of 2012, only half of the complex has been built.

Larry Heitzmann (EGHS 1961) –“I spent many days working at the Cow Palace Auction. I was a very young man and still in high school. Every Tuesday was sale day and the restaurant was open in the morning for hot coffee and donuts, and sometime breakfast. I lived down the street from the sale yard and worked for Ord Leachman, the owner and auctioneer. Unlike auctions of today, they sold not only cattle, but also chickens, rabbits, furniture, household items and farm equipment. After the sale each Tuesday, the sales ring would be taken down, the place would be swept and cleaned, and the big screen would be lowered. It would be ready for the movies on Friday, Saturday, and Sunday with all the goodies at the snack bar such as Coke, candy, and popcorn.”

“I played hooky every Tuesday so I could work at the auction yard. I made one dollar per hour for 10 hours. I was a rich man! That was big money at that time.”

Diane (Hrepich ’66) Baroni – “I remember the Cow Palace. Often times my grandfather let us go with him.  I would run off to see if there were any horses for sale. Everyone knew him. It was a very social affair. Sometimes he would have calves to sell and sometimes he would buy heifers. Great memories.”

Presently (2019), the nearest cattle auction yard, Cattleman’s Livestock Market (CLM) is off of Highway 99 and Mingo Road near Galt: 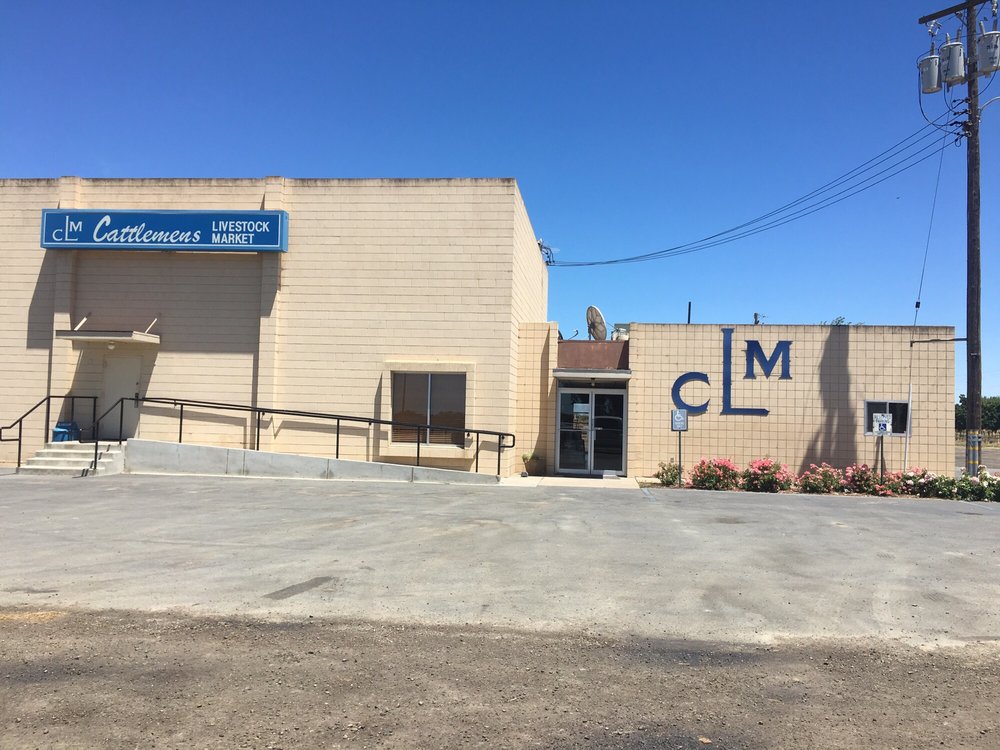 In March of 1968, the Loretz Family of Franklin, CA opened Cattlemen’s Livestock Market (CLM) at 12495 E. Frontage Road,  Galt, California 95632. For over 40 years, CLM has provided California, Nevada and Oregon cattlemen California’s central most livestock market. Built with a commitment to customer service and dedication to California’s cattle industry, CLM has established itself as California’s premier marketing facility.

CLM is northern California’s only Wednesday auction market and draws a large contingent of buyers from throughout the western United States. Known for taking exceptional pride in livestock care and presentation, the confidence buyers have in CLM is second to none. You will not find a more consistent week-to-week market than Wednesdays at Cattlemen’s Livestock in Galt, California. 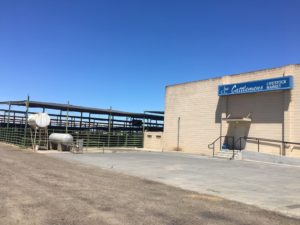 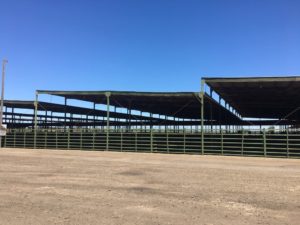 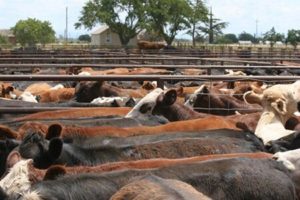